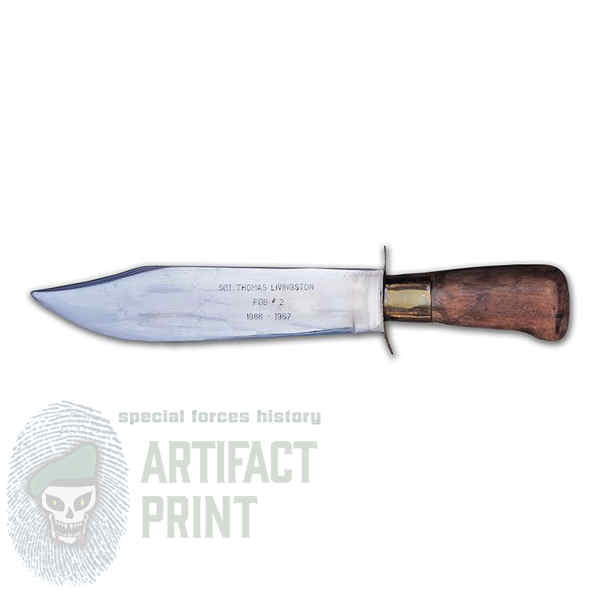 Thomas Livingston’s 1st Model, Buffalo Bill Knife that was engraved on one side of the blade: SGT. THOMAS LIVINGSTON, FOB #2, 1966 – 1967 and the reverse reads: “UP YOUR ASS WITH SHINING BRASS”. The quote is in reference to the President Johnson authorizing the penetration of Laos by US led ground reconnaissance teams (OPS-35).

Sergeant (E-5) Livingston processed out of the Army in January 1968 after three years’ service with twelve months in Vietnam.