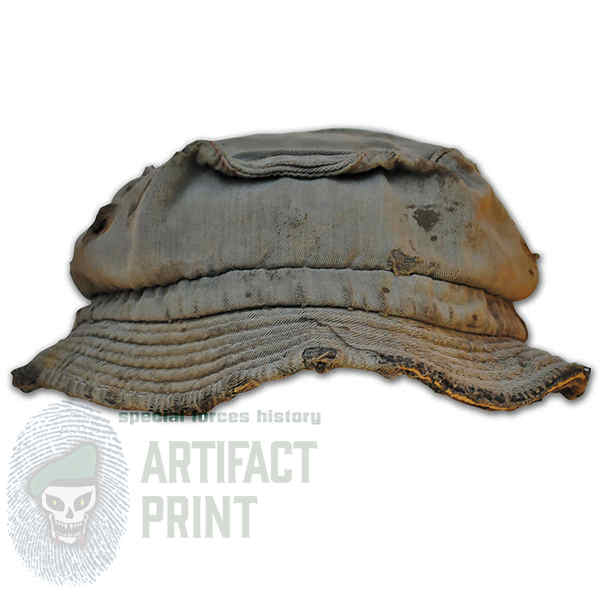 James Wheeler’s MAC V SOG issued black boonie. The veteran had a tailor shorten the brim, fold and sew the top crown down to a pinch point.

Sergeant First Class (E-7) Wheeler processed out of the active Army in May 1978 after eleven years serve with twenty-two months in Vietnam. Jim later enlisted in the 11th Special Forces Reserves while he pursued a career with the Central Intelligence Agency (CIA). He left the reserves in June 1989 due to overseas opportunities as a Paramilitary Officer. In 2006, Jim retired from the CIA’s Clandestine Service (CS) Directorate as a Senior Intelligence Service (SIS) Officer. Wheeler then worked with The Agency as a private contractor until he fully retired in 2011.