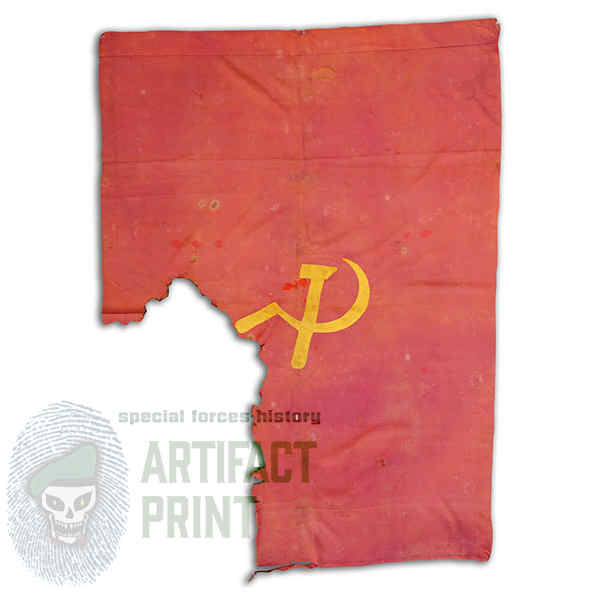 Charlie Gray’s Communist Flag he captured from a pacified North Vietnamese Army Sapper that had infiltrated the Command and Control North (CCN) compound on August 23rd, 1968. The enemy combatant was killed just outside the communications bunker during their assault.