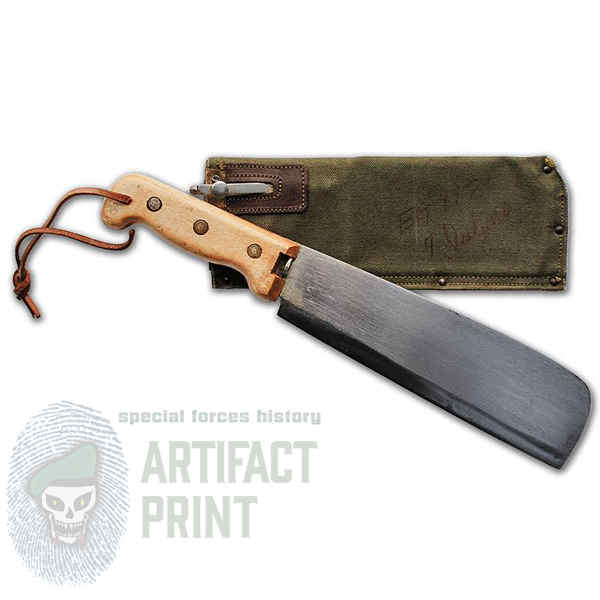 Prototype Bolo that was manufactured in Japan under contract with the Counter Insurgency Support Office (CISO). The machete was a sample that had a locking feature on the canvas scabbard. The item failed during the testing stage as it was found to make too much noise during movement. The piece was brought back by Conrad Ben Backer