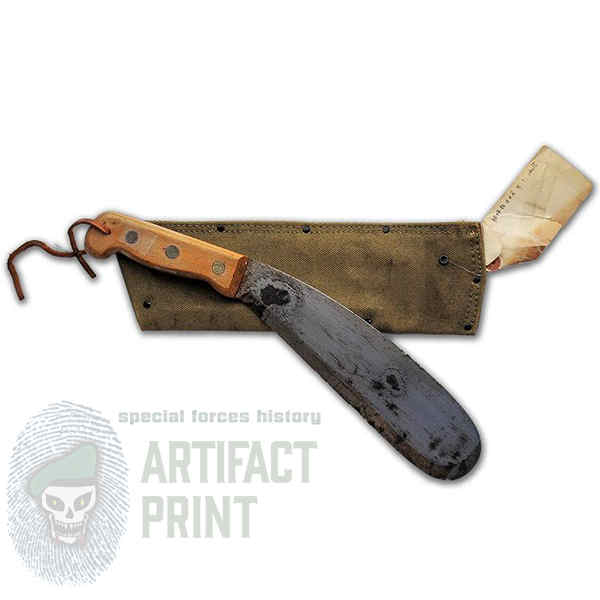 Prototype Round Tip Bolo manufactured in Japan under contract with the Counter Insurgency Support (CISO). This sample was used for testing to assure all field requirements were met before mass production and brought back by Conrad Baker. The machete design was approved and 16, 784 were noted as having been manufactured during the war.