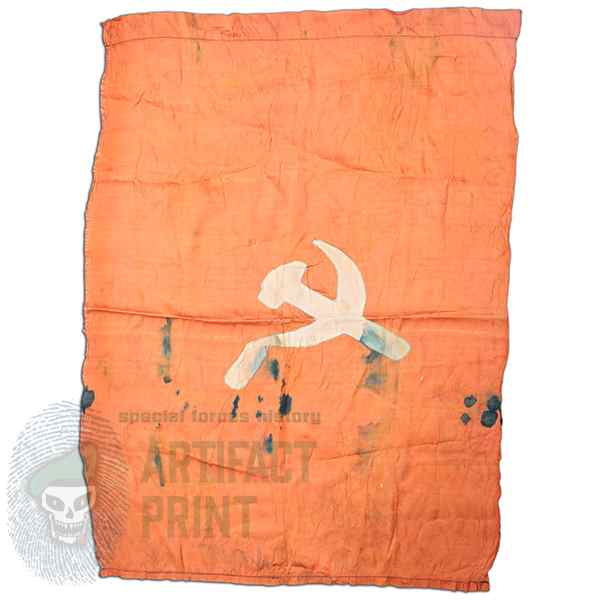 Wartime, North Vietnamese Communist Banner that was captured by Daniel Ster during the battle of Nui Coto.