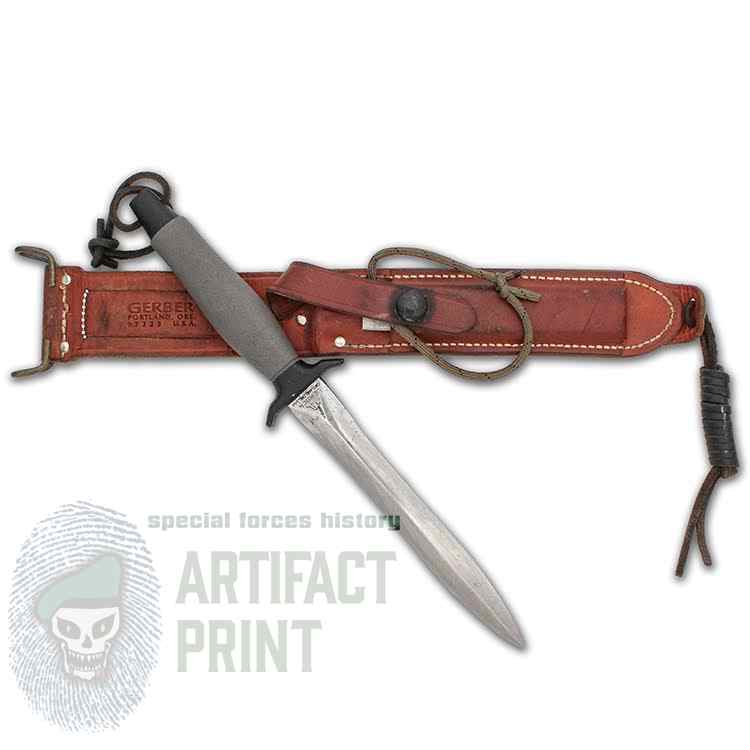 John Plaster’s private purchased Gerber MARK II fighting knife. The item was factory marked Gerber on one side of the blade and serial numbered 014333 on the reverse that identifies it as 1969 manufacture. The knife has a grey handle, sharpening scratches to the blade and has the matching brown leather sheath. John wore the knife on his load bearing equipment’s web belt (LBE).

Photos are of John Plaster after he returned from a successful mission, second is Recon Hawaii’s indigenous personnel named Hmoi hamming it up for the camera with John’s Gerber in his teeth and the final  is John Plaster holding his Gerber MARK II in April 2009.