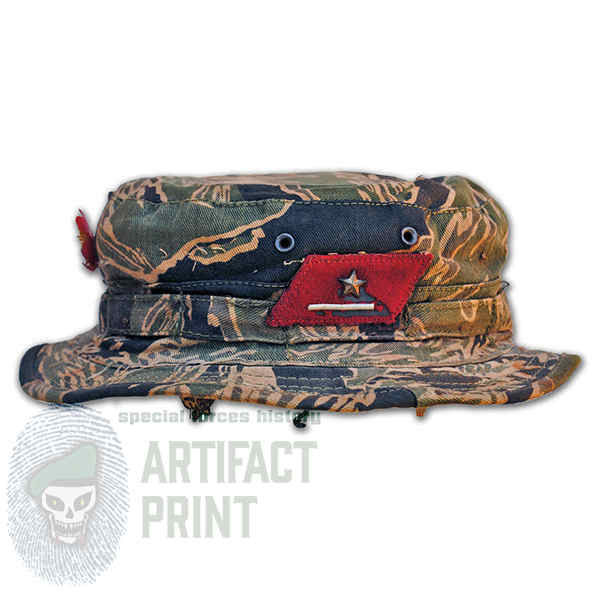 Frank Maiorano’s issued modified tiger stripe boonie. The veteran cropped the brim of the hat (known as a stingy brim) and had North Vietnamese collar ranks he captured applied to the sides.

In 1969, Frank Maiorano served in Vietnam with 5th Special Forces Group (ABN) assigned to A-255, Plei Me and later B-23, Ban Me Thout. He returned for a second tour in 1971 with Military Assistance Command Vietnam Studies and Observations Group (MAC V SOG), Command and Control North (CCN), Recon Company where he served on Recon Teams Mississippi and Oklahoma.

Specialist (E-5) Maiorano processed out of the Army in 1972 after six years’ service with forty months in Vietnam.