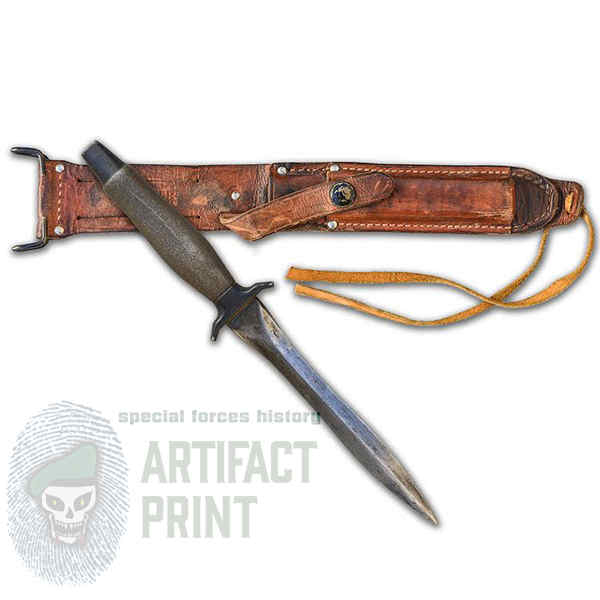 William Bumps’ private purchased Gerber MARK II fighting knife. The item was factory marked on one side of the blade and serial numbered 005425 on the reverse that identifies it as 1968 manufacture. The knife has a gray handle, sharpening scratches to the blade and the matching brown leather sheath. Bumps’ wore the knife on his load bearing equipment’s (LBE) pistol belt.

Sergeant (E-5) processed out of the Army in August 1969 after three years’ service with 12 months in Vietnam.