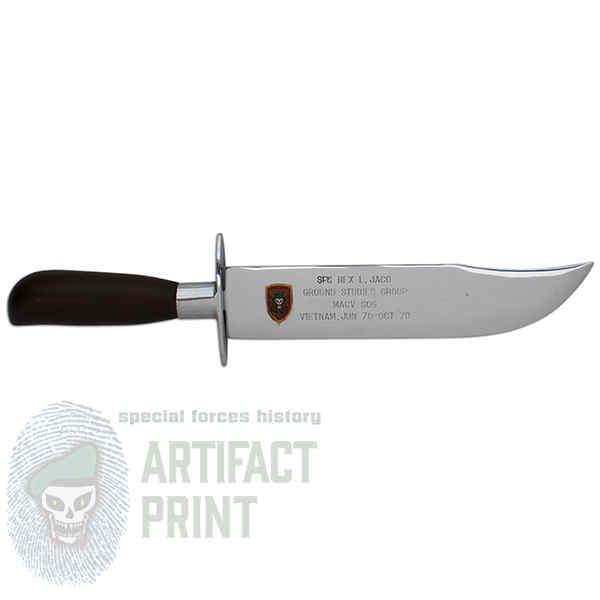 Sergeant First Class (E-7) Jaco retired from the Army in December 1972 and had been awarded two CIBs (Combat Infantryman Badge) during his twenty-two and a half years’ service with thirty-six months in Vietnam. He had earned his first CIB with the 187th Infantry Regiment during the Korean War.