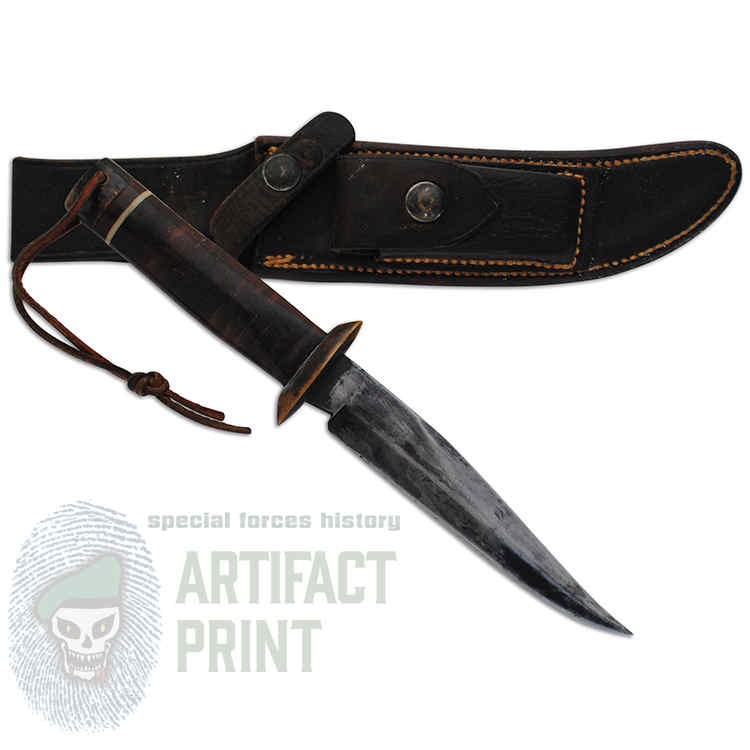 The Japan Sword Company copied the design with a shorter blade and sold the knives on the civilian market through advertisements in military and men’s magazine. These knives are period but were not an authorized CISO product.