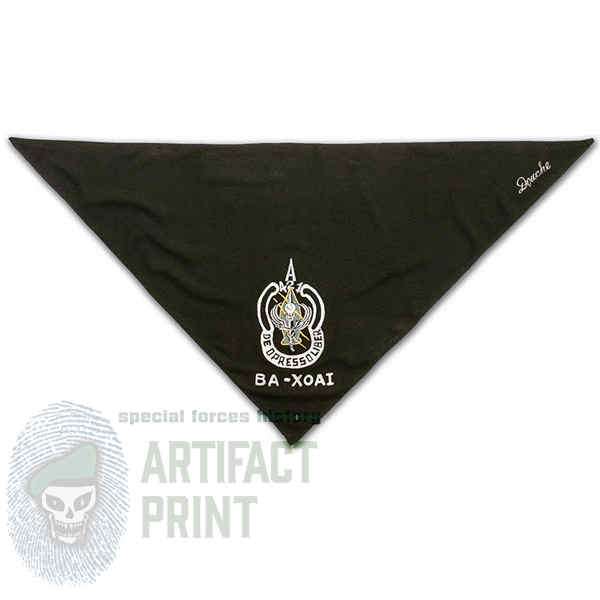 Michael O’Byrne’s hand embroidered 5th Special Forces Group A-104 scarf. The individual was assigned to 5th SFG (ABN), Project Gamma under the false name of Douche and worked out of the Boarder Survalance Camp.