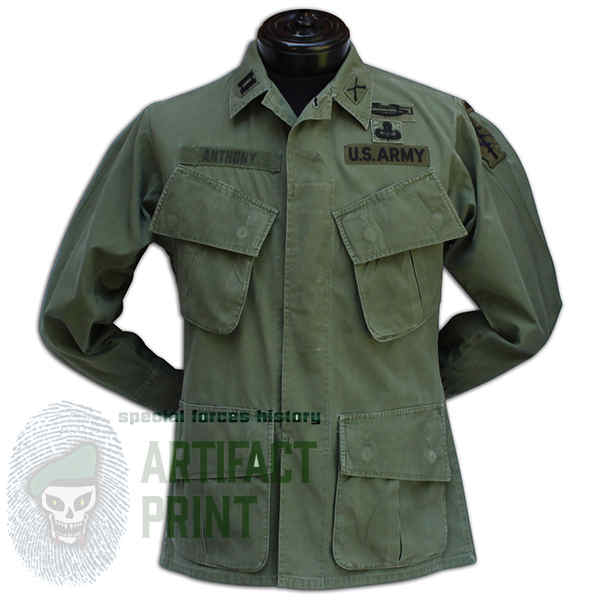 Billy Anthony’s US issued, 3rd model, uniform top that is badged on the collar with Infantry Captain’s rank insignia, the left sleeve has a US Special Forces Shoulder Sleeve Insignia (SSI), the left chest has chest has a nylon US ARMY tape that is surmounted with US Master Airborne Wings and a Combat Infantryman’s Badge (CIB) and the right chest  has a name tape that reads: ANTHONY.

Captain (0-3) Anthony retired in 1978 after twenty years’ service with twenty-four months in Vietnam. During the veteran’s tour he served with Special Forces Operational Detachment – Delta (SFODA-D).