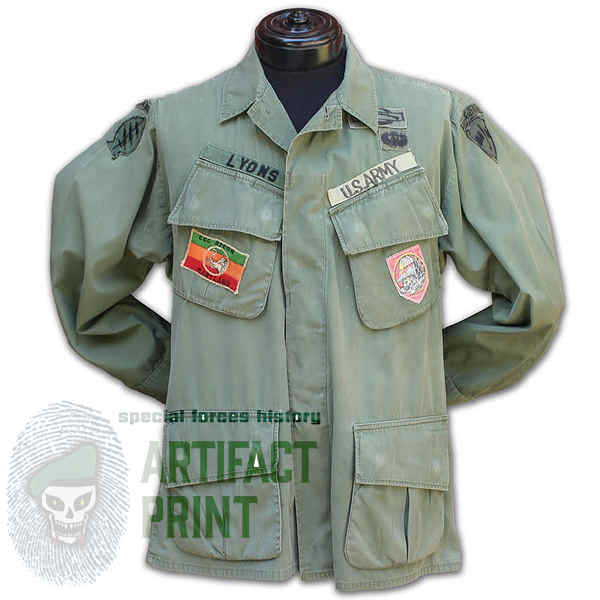 Ben Lyons’ US issued uniform top that was badged on the right sleeve (combat sleeve) with a US Special Forces Shoulder Sleeve Insignia (SSI), the right chest pocket has a Recon Team Maryland patch that is surmounted with a name tape that reads: Lyons. The left sleeve is badged with a Military Assistance Command Vietnam (MAC V) SSI (this notes 5th SFG had left Vietnam) and the left chest pocket has a printed Special Commando Unit (SCU) patch that is surmounted by a US ARMY tape, US Basic Airborne Wings, and a Combat Infantryman’s Badge (CIB).