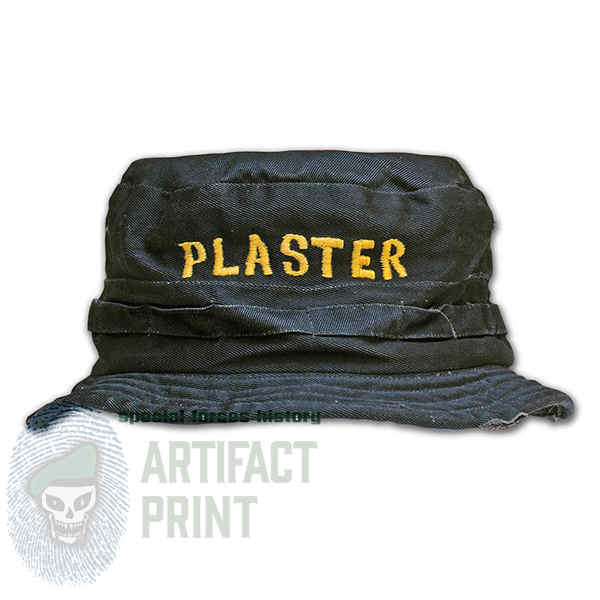 John Plaster’s MAC V SOG issued black boonie hat that has been embroidered PLASTER on the front and R.T. HAWAII on the reverse.