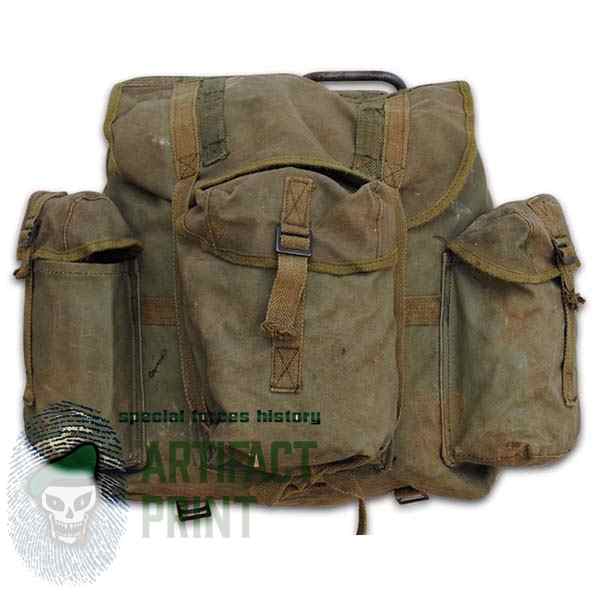 Joe Walker’s Counter Insurgency Support Office (CISO) manufacture rucksack that was issued and worn by him during his tours in South East Asia.