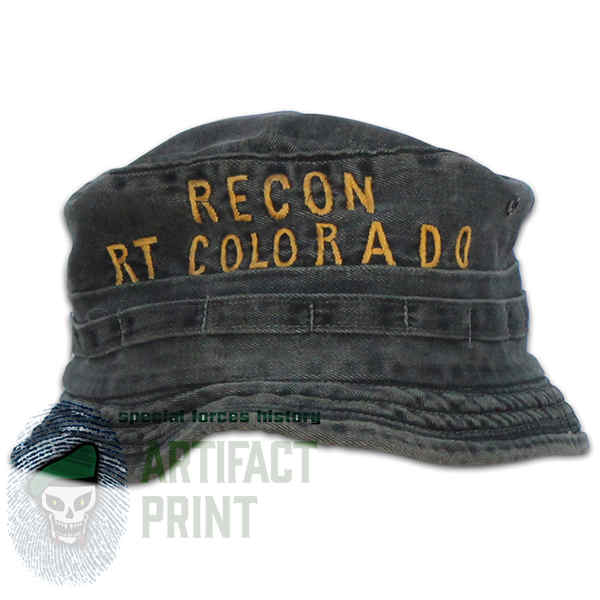 Shephard Patton’s SOG issued black boonie that the veteran had a tailor shorten the brim and hand embroidered RECON RT COLORADO on the front with PATTON on the rear.

Shephard H. Patton served two tours in Vietnam. His first tour was in 1965 – 1966 with the 173rd Airborne. His second tour was in 1969 with Military Assistance Command Vietnam Studies and Observations Group (MAC V SOG), Command and Control Central (CCC), assigned to the Hatchet Forces until he transferred to Recon Company, and joined Recon Team Colorado. Shephard later served in El Salvador as “One of the Fifty-Five” US Advisors.

Command Sergeant Major (E-9) Patton retired from the Army in November 1981 after twenty-five years’ service with twelve months in Vietnam.