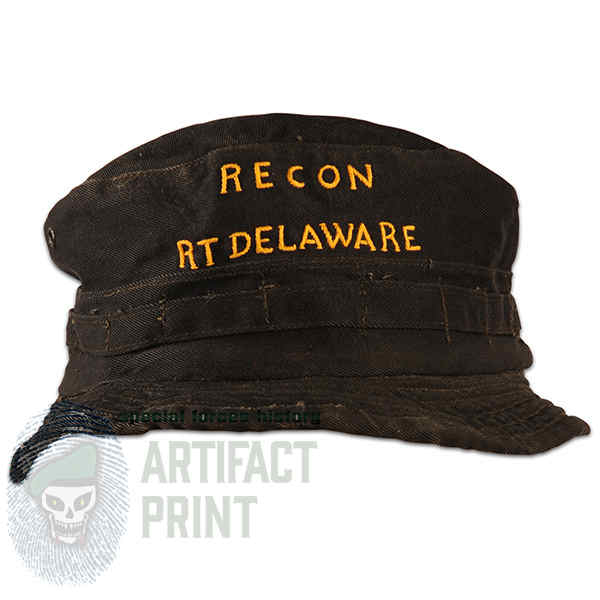 Danny Krutina’s issued black SOG boonie that the veteran had a local tailor cut down the brim and embroidered: KRUTINA with RECON RT DELAWARE on the reverse.

This was Krutina’s second tour in South East Asia. He served his first tour in 1968 – 1969 with the 46th Special Forces Company in Thailand. Part of the veteran’s tour was on loan to the Central Intelligence Agency (CIA) for Project 404 in Laos.

Sergeant (E-5) Krutina processed out of the Army in September 1971 after four years three months service with eighteen months in South East Asia.