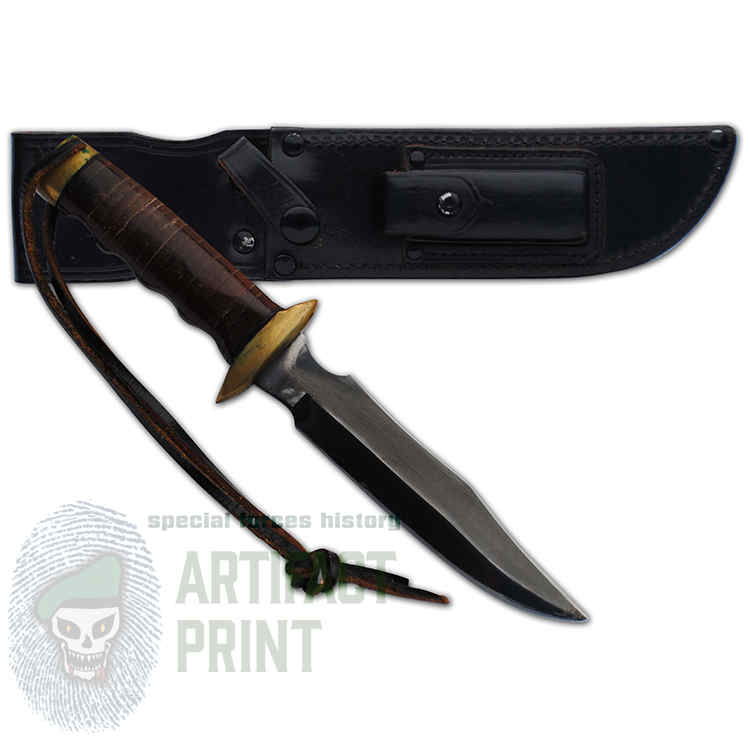 The 1st Generation Fat Guard SOG Knife was designed in 1966 by Conrad “Ben” Baker. The design was submitted to several Japanese manufacturers through Yogi Shokia for product samples. One unidentified company was awarded the contract to manufacture 1200 knives at a cost of $8.40 apiece.

The first generation Fat Guard SOG knife had a hand ground blade with a dark blued temperament and black spacer in the handle. The blades have a very distinct sharp design that comes off the false edge toward the cross guard and a poorly shaped tip.

The first two hundred knives were delivered to the Counter Insurgency Support Office (CISO) Warehouse on Okinawa and inspected before they were shipped to Vietnam. These knives were reported as having arrived at the US Army 1stLogistical Command Warehouse in Da Nang, RVN. They were to be transferred to the Military Assistance Command Vietnam Studies and Observations Group (MAC V SOG) House 10 warehouse when they were stolen and never recovered. The remaining knives were delivered over the following months without issue.