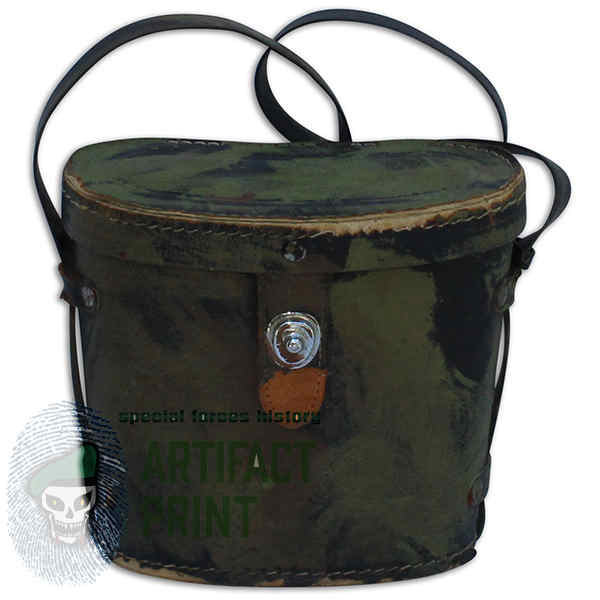 John Plaster’s field glasses he acquired from the Command and Control Central (CCC), Supply Office (S-4). The veteran had hand camouflaged the case for an operation he performed in the politically denied area of Cambodia.