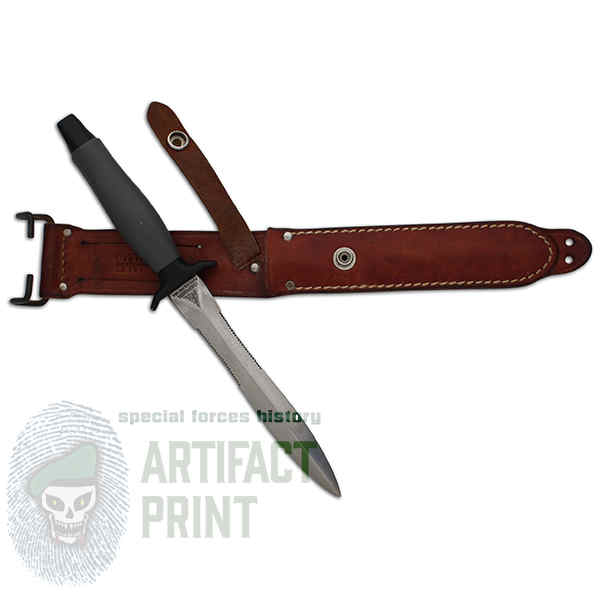 In 1971 – 1972, William T. Pellitier served with 5th Special Forces Group (ABN) assigned to the Army of the Republic of Vietnam (ARVN), 81st Group before he was reassigned to the Individual Training Command (ITG) / FANK Program, Phuc Tuy,RVN.

During the war, Gerber Knives was one of the largest commercial scale knife manufacturers in the United States and one of the first to market a specific double-edged combat knife. The Gerber Mark II Fighting Knife was created in 1967 and each had a hand stamped serial number that can identify the year of manufacture. The weapons were made available to the civilian and military market where they were sold through Post Exchanges (PX) and department stores as a private sale.