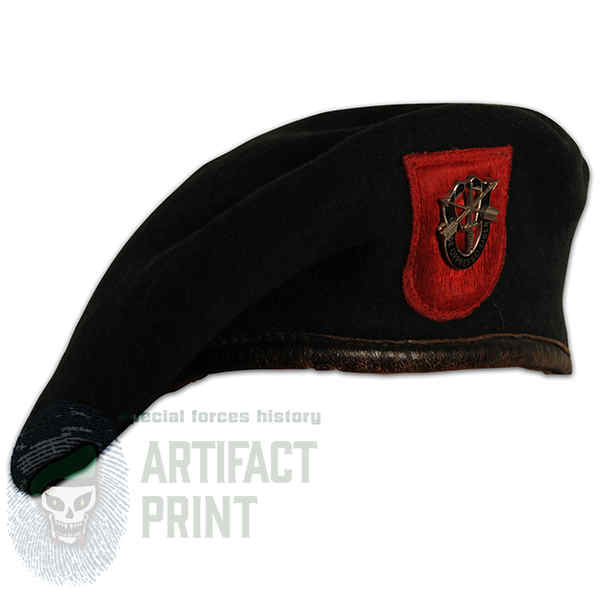 Ben Lyons’ US issued green beret that has a postwar 7th Special Forces Group (ABN) flash applied to the face and a Taiwanese machine embroidered design on the liner.

Staff Sergeant (E-6) Lyons was medically discharged from the Army in 1976 with twenty-nine months in Vietnam.