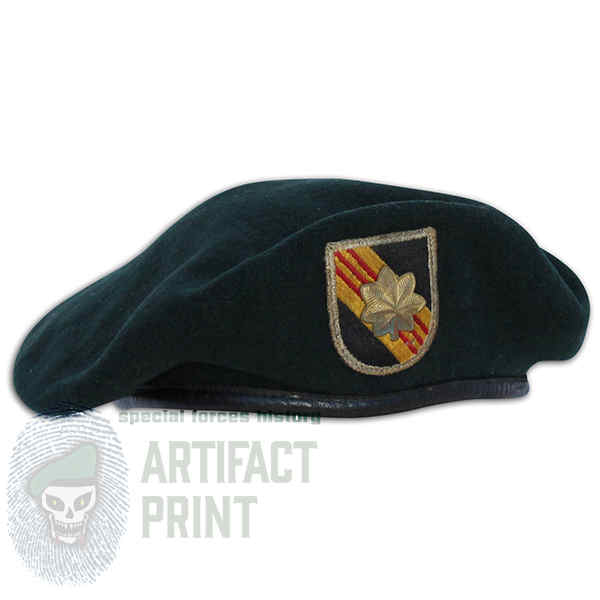 Clyde Sincere’s US issued green beret that has a 5th Special Forces Group (ABN) flash with a Major’s rank applied to the face.

Clyde J. Sincere Jr. served two tours in Vietnam. His first tour was in 1966 with 5th Special Forces Group (5th SFG (ABN)) as the Commanding Officer (C/O) of A-234 Mai Loc and later was reassigned as the Commanding Officer of the II Corp Mike Force. He returned for a second tour in 1968 with Military Assistance Command Vietnam Studies and Observations Group (MAC V SOG), Forward Operational Base #1 as the Executive Officer (X/O) and was reassigned to FOB#3, Khe Sanh as the last Commanding Officer before the camp was closed. Sincere was the reassigned as the C/O of the newly established FOB#3 at Mai Loc and he finished his tour as the X/O at Command and Control Central (CCC).