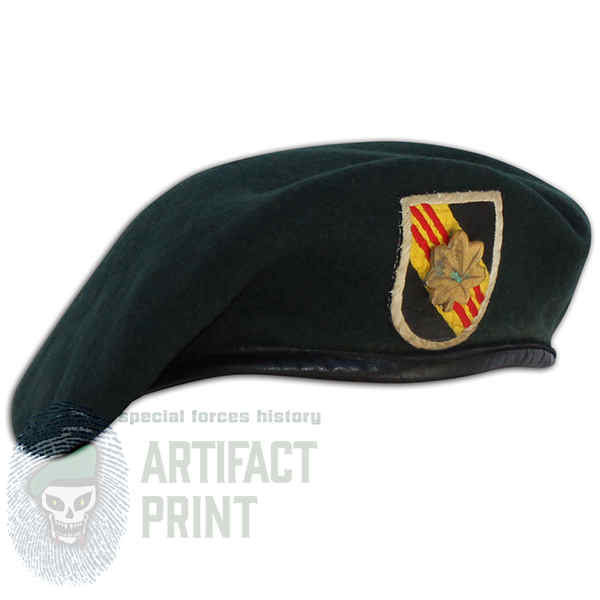 Donald “Zorro” Jutz’s US issued green beret that has a in country made 5th Special Forces Group (ABN) flash applied to the face with a Major’s rank.