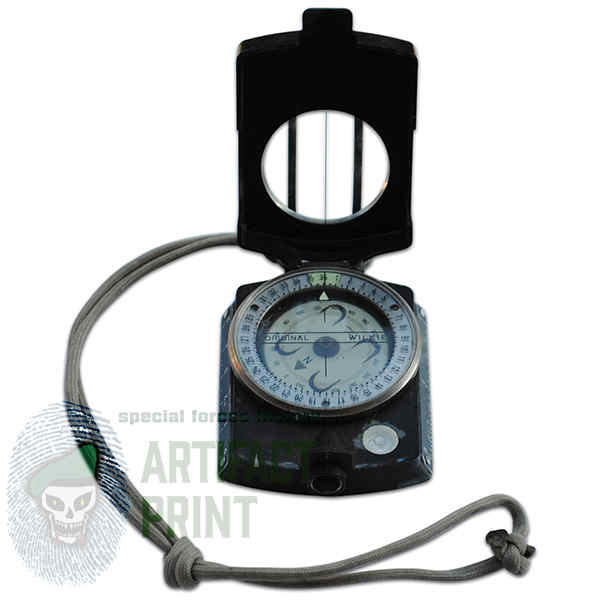 Lynne Black’s issued compass that was manufactured by Original Wilkie. The veteran attached a white cord that would secure to a button and carried in his left breast pocket. The foreign based company lend credence to plausible deniability of US reconnaissance teams performing cross border operations in politically denied areas.

Staff Sergeant (E-6) Black processed out of the Army in July 1970 after six years’ service with thirty-seven months in Vietnam.