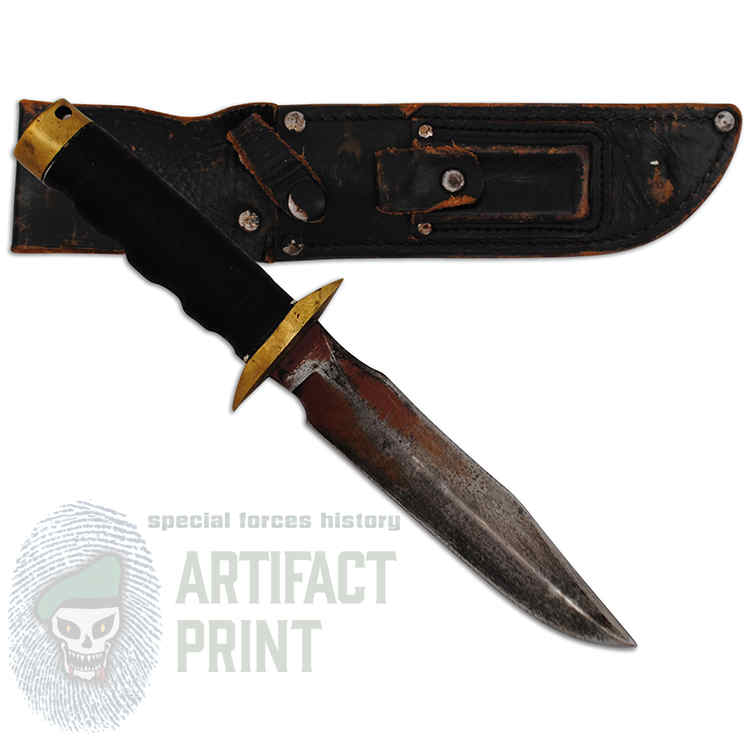 Staff Sergeant (E-6) Blaauw processed out of the Army in 1971 after three years’ service with fourteen and a half months in Vietnam.

Conrad “Ben” Baker redesigned the knife with a larger cross guard and more refined blade. With the loss of the first batch of Fat Guard SOG knives during the logistic process he also requested the knives be individually numbered on the ricasso that start at 1 and continue through 3700. The initial batch of knives had variations in the tempering process from an almost parkerized black to blued and other versions of a plum color. The number system started out as hand stamped and the ladder were acid etched. I have encountered two different stylized versions of the acid edge design.