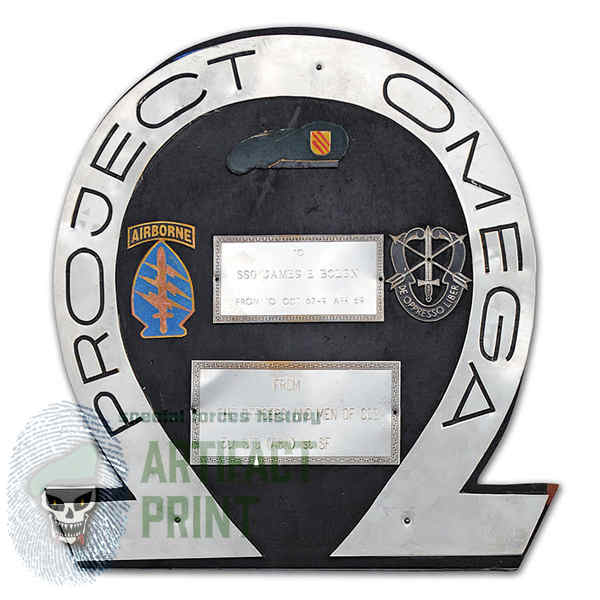 Staff Sergeant (E-6) Bolen processed out of the Army in 1978 after three years active service and eight years with the 20th Special Forces Group (Reserves). He had served a total of 19 months in Vietnam.