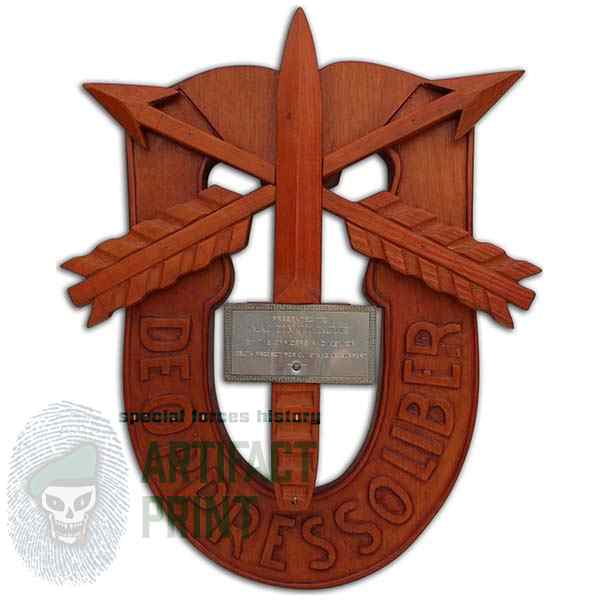 Donald Jutz’s Vietnamese hand carved Project Delta (B-52) plaque presented to him at the end of his tour.