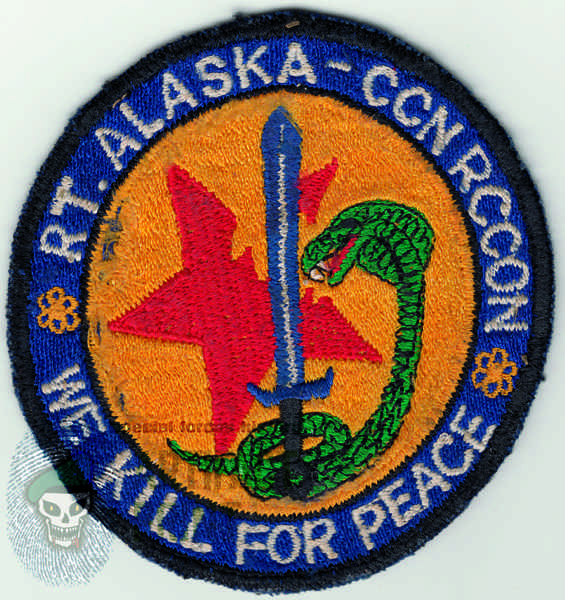 Danny D. Entrican’s Taiwanese, machine embroidered, 2nd generation Recon Team Alaska patch. The insignia was removed from his uniform while sterilizing his personal effects prior to sending to the next of kin. The artifact was brought home by Robert Cook.