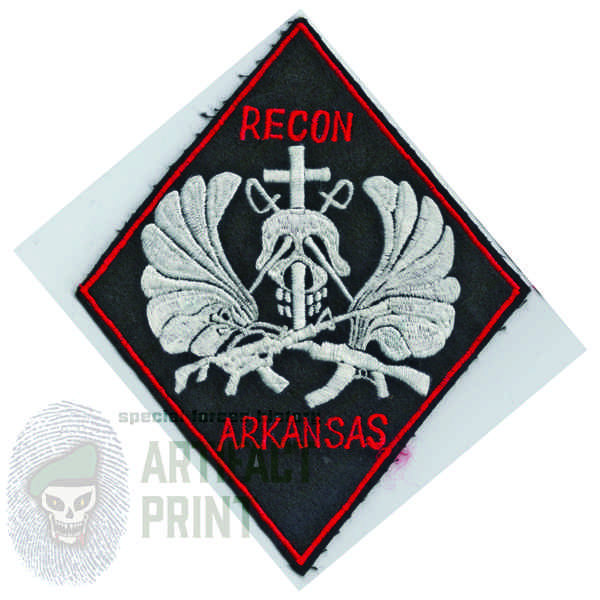 Gary Stucki’s Taiwanese machine embroidered, 1st generation Recon Team Arkansas pocket patch. Note: there is a corruption in the file and the lightning bolts are note a neon as they appear on the site.

Sergeant (E-5) Stucki processed out of the Army August 1970 after three years’ service with twenty-one months in Vietnam.