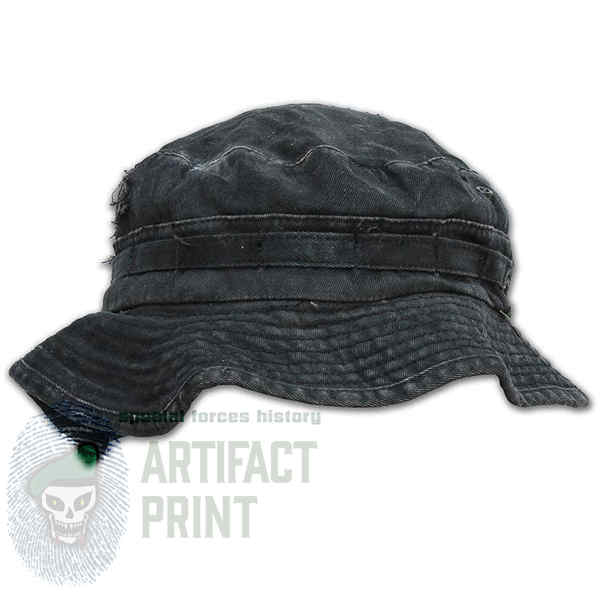 Sam Helland’s SOG issued black boonie hat that he wore during his tour.

Sergeant (E-5) Helland processed out of the Army in 1971 after three years’ service with twelve months in Vietnam. He later enlisted in the United States Marine Corp as an Officer Candidate and retired in 2009 with the rank of Lieutenant General.