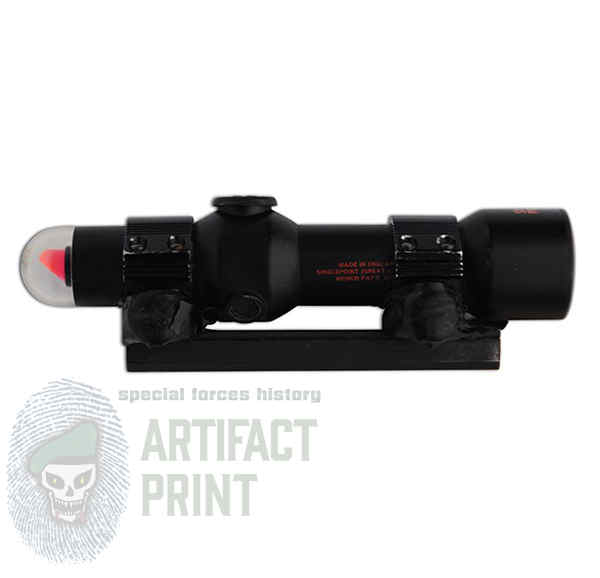 Richard Meadow’s issued Single Point scope that was issued and used by him on November 21, 1970 during the raid of the Son Tay Prison.