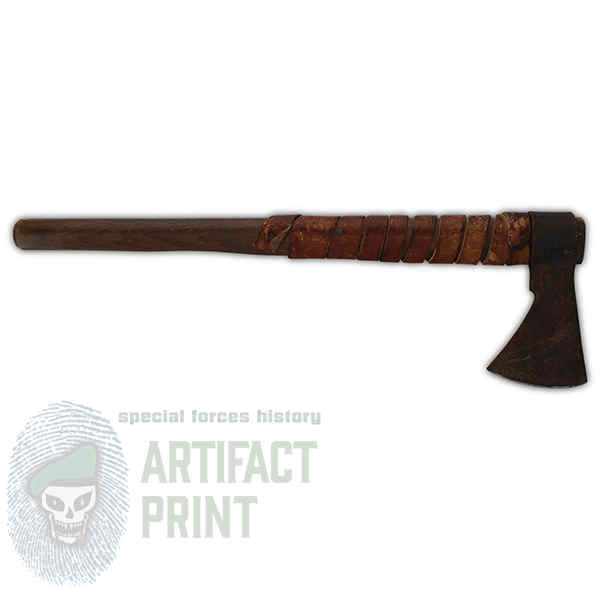 Robert Ramsey’s Tomahawk that was souvenired to him buy a member of the 173rd Airborne sometime in 1967. The individual stated that everyone in his unit (not certain if he meant squad or platoon) carried one. The piece is hand forged with a leather wrap.

Robert W. Ramsey served two tours in Vietnam. His first tour was in 1966 – 1967 with the 5th Special Forces Group (ABN) assigned to the II Corp Mike Force. His second tour was in 1969 – 1970 with Military Assistance Command Vietnam Studies and Observations Group (MAC V SOG), Command and Control North (CCN), assigned as the North Recon Company Platoon Sergeant. During the veteran’s tour he participated in a Static Line Airborne Insertion with Recon Team Asp on September 9, 1970.

Sergeant Major (E-9) Ramsey retired from the Army in August 1980 after twenty-two years’ service with twenty-four months in Vietnam.