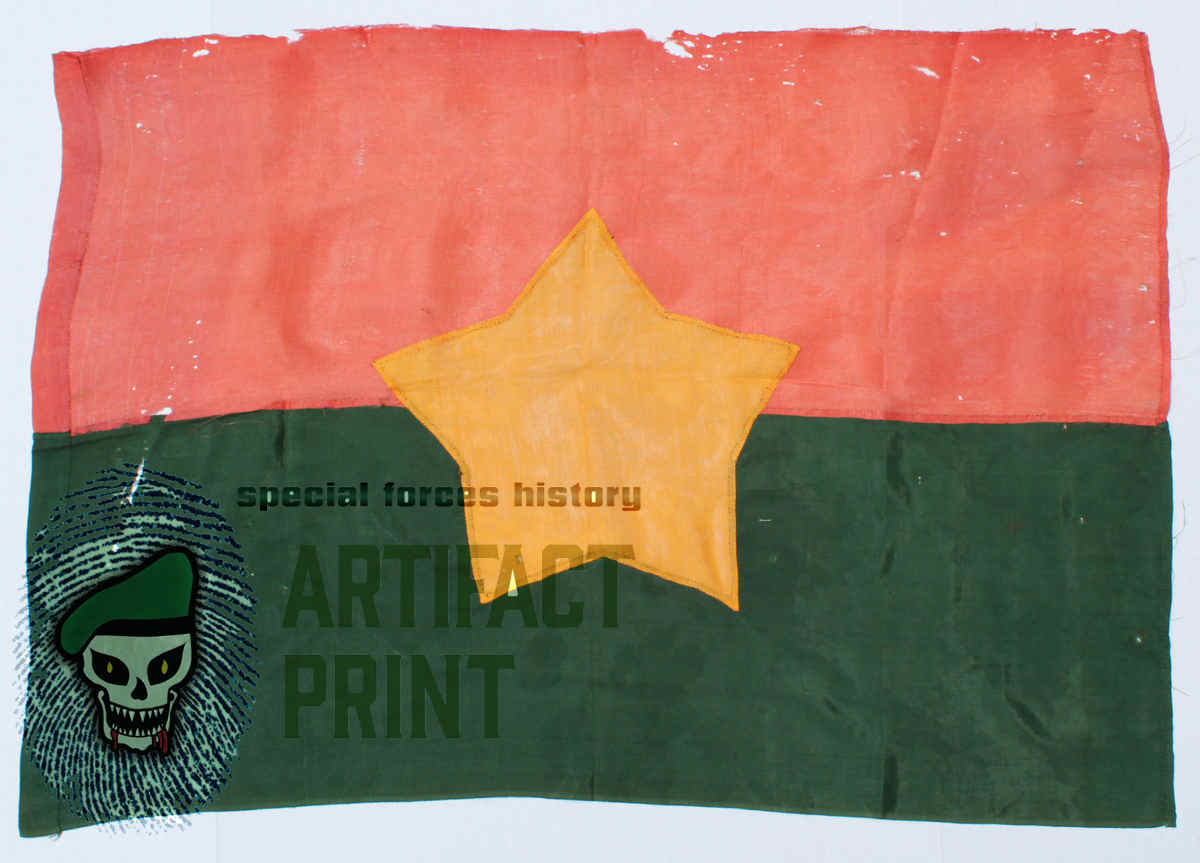 Al Boman’s captured Viet Cong Flag with a green field at the base. It was reported in the Combined Intelligence Center Vietnam publication ST-66-24 that the flag may represent the North Vietnamese Army, C-2 Company  Piece Flag. In the publication the fields are reverse.

Sergeant Major (E-9) Boman retired from the Army in April 1984 after thirty years with forty-eight months in Vietnam.